More breakthroughs are expected to be made at an underwater intelligent robot competition, which started on Friday in the coastal waters of Dalian Jinshitan National Tourist Resort, Liaoning province.

"If it hits a lateral current, the vehicle can automatically raise the speed of its propeller on the opposite side to maintain balance," said Liu Yuhang, a member of the OurEDA team from Dalian University of Technology.

The team ranked first in the man-machine coordination group in the last competition.

This year, the team has improved the software and hardware of their remotely operated vehicle to perform better with underwater image detection and image enhancement.

"We also added auxiliary functions like depth determination and orientation, so that the robot can hover at any depth," said Liu.

Initiated in 2017, the China Underwater Robot Professional Contest is comprised of one online competition and two offline competitions in the city of Dalian, as well as in Zhanjiang in Guangdong province.

The Dalian competition is sponsored by the National Natural Science Foundation of China, the city government of Dalian and Pengcheng Laboratory. This year, it attracted 20 teams with 110 members from domestic universities.

"It is the world's sole underwater intelligent robot competition held in a real offshore environment," said Luo Zhongxuan, vice-president of Dalian University of Technology, an organizer of the competition.

In recent years, the teams have been making progress in the areas of external design, intelligent algorithms integration and smart grasping. The record for intelligent underwater grasping operations has been constantly increasing, according to Luo.

Underwater robots are widely and urgently needed in areas such as sea ranching, subsea pipeline inspection and specialty operations.

Luo said the contest has become an exchange platform for supply and demand.

The two are also working with Jinpu New Area in Dalian to build an evaluation and test base for marine intelligent equipment in a bid to boost its research and development.

"We're focusing more on the influence of the contest as well as the transformation and application of its results," said Li Pengyu, deputy Party chief of Dalian and director of the administrative committee in the Dalian Jinpu New Area, the first State-level new area in Northeast China.

According to Li, Jinpu will build a platform to promote key projects in the sector.

"Some technologies and achievements of underwater robots are ready for industrial incubation," said Yuan Chi, head of the coastal city's science and technology bureau.

The base in Jinpu will play an important role in the evaluation of hardware and software of underwater vehicles and their industrial implementation, said Yuan.

"We hope to cultivate an underwater counterpart of civilian drone maker DJI Technology," he said.

Lu Yi contributed to this story. 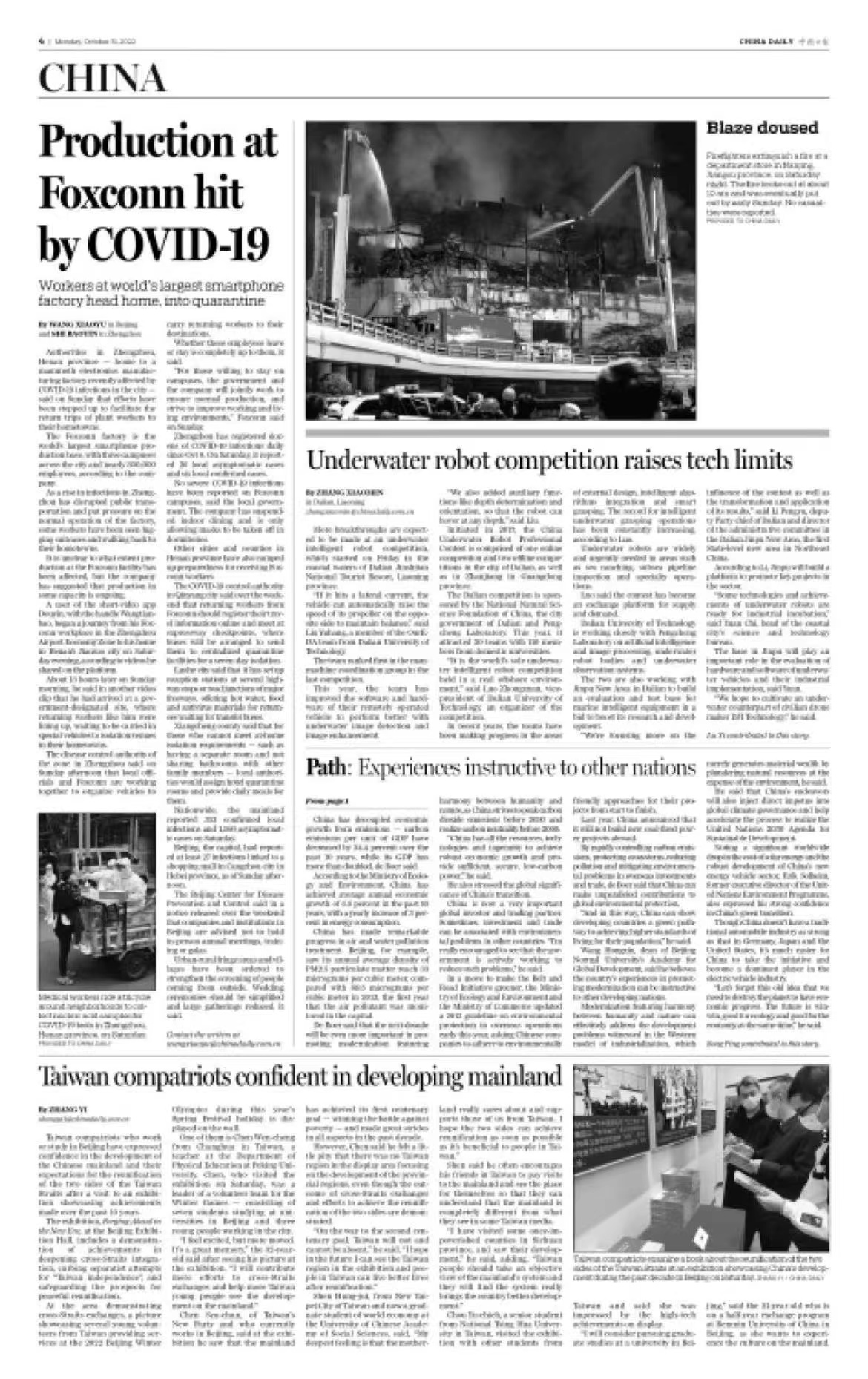